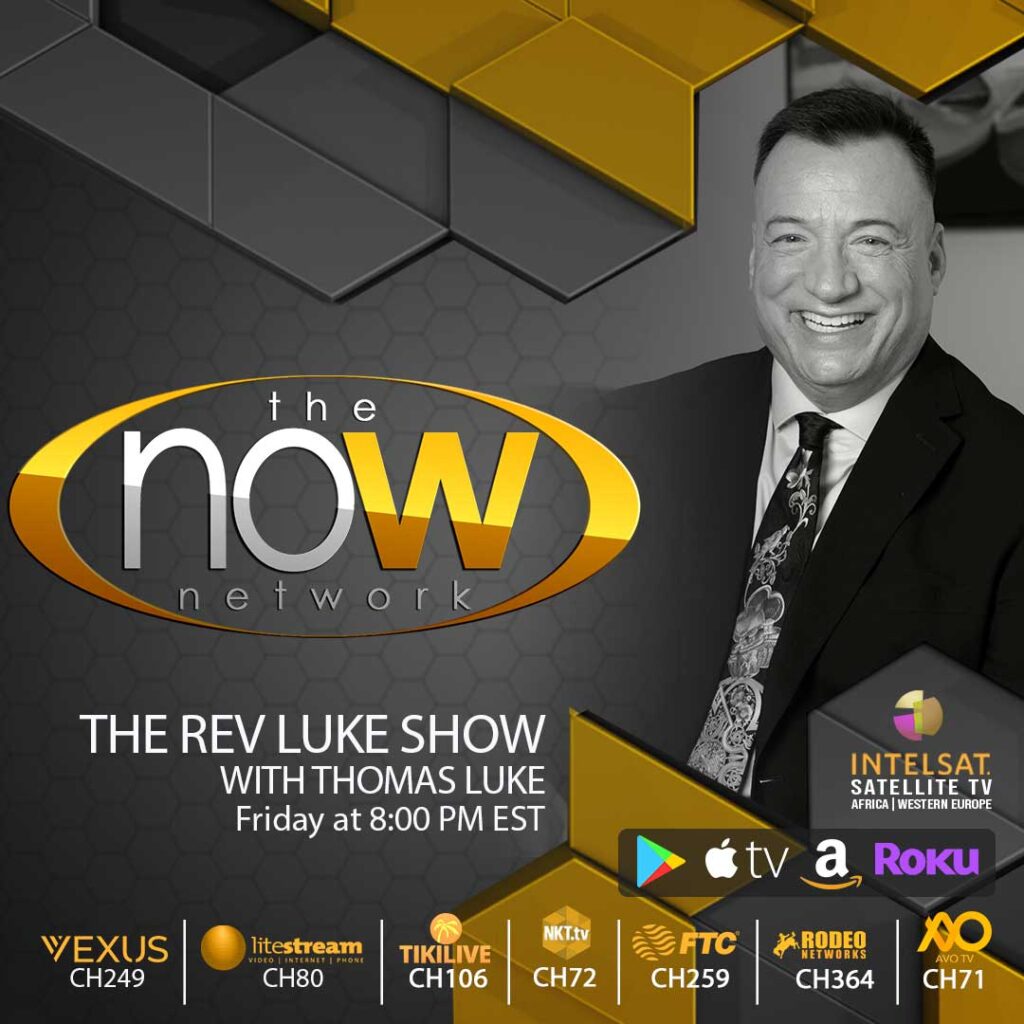 The Rev Luke Show is a worldwide Christian for profit educational television show that brings glory to God’s Son Jesus Christ [God in human form]. The teachers that appear on the show do their best to teach sound biblical doctrine.

15 Study and do your best to present yourself to God approved, a workman [tested by trial] who has no reason to be ashamed, accurately handling and skillfully teaching the word of truth.
2 Timothy 2:15, Amplified Bible

A Christian television talk show host is someone who is responsible to bring glory to God during the show. The Christian host should acknowledge in their heart that Jesus Christ is the only star of the show. Neither the host nor the show’s guests shall be glorified, however, the guests may be recognized publicly for their efforts. Therefore, the TV host may act as a God glorifier, interviewer, educator, encourager, comforter, mediator, or all six.

The host agrees to act only as a sub-host next to Jesus Christ, the only star of the show. The host typically interviews people of interest as well as Christian celebrities that bring glory to Jesus Christ and not themselves. The host may also bring in experts who are gifted by the Holy Spirit in order to educate the viewers on different topics.

6 Since we have gifts that differ according to the grace given to us, each of us is to use them accordingly: if [someone has the gift of] prophecy, [let them speak a new message from God to His people] in proportion to the faith possessed; 7 if service, in the act of serving; or he who teaches, in the act of teaching; 8 or he who encourages, in the act of encouragement; he who gives, with generosity; he who leads, with diligence; he who shows mercy [in caring for others], with cheerfulness.
Romans 12:6-8, Amplified Bible

A Christian television producer is responsible to make sure the guests being interviewed have a godliness that either surpasses or equals their gifting, while never choosing gifting over godliness. It is also the responsibility of the producer to only have Cristian guests on the show that are submitted to spiritual authority (Hebrews 13:17, Ephesian 5:22-23).

Producers are involved in the planning and executing of the show, as well as dealing with problems that occur during production while doing their best to stay within budget. In short, being a Christian television producer is an extremely stressful ministry, not for the faint of heart.

The larger the sphere of influence God gives the Christian producer, the greater the accountability before God. The NOW Television Network broadcasts the Gospel of Jesus Christ to over 236 million homes in the US, Sub-Saharan Africa, and Western Europe on Satellite.

Not many [of you] should become teachers [serving in an official teaching capacity], my brothers and sisters, for you know that we [who are teachers] will be judged by a higher standard [because we have assumed greater accountability and more condemnation if we teach incorrectly].
James 3:1, Amplified Bible